What Is the Cost of Living in Nebraska? 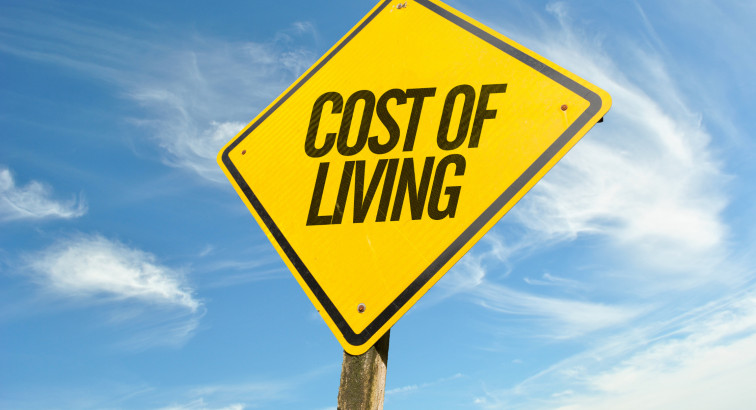 Did you know that nearly two million people live in the state of Nebraska?

Nebraska is known for its breathtaking views, including the famous Wildcat Hills mountain range. Perfect for individuals and families who love outdoor adventures, Nebraska is a wonderful place to call home.

What is the cost of living in Nebraska? Is the state affordable to live in? Continue to read to learn more.

Cost of Living in Nebraska

For states with a score above 100, this means these states are more expensive to live in. If states have a score under 100, they will be more affordable to live in.

Nebraska's average cost of living index score is 93.7. This is good news for those interested in moving to Nebraska. While some states may be a bit more affordable to live in, Nebraska is nowhere near the most expensive.

What is the Average Cost of a Home in Nebraska?

One of the key reasons why Nebraska has an attractive cost of living index score is that purchasing a home in the state is relatively less expensive than a majority of states.

The average home in Nebraska is valued at just over $240,000. This would make the monthly mortgage bill comfortably under $2,000.

Prices will be dependent on Nebraska neighborhoods, as some are more affordable than others. Some of the most affordable Nebraska cities to live in include Schuyler, Alliance, Nebraska City, and Lexington.

What Annual Income Is Sufficient to Live in Nebraska?

While Nebraska offers many benefits, residents will still need to earn a considerable income to live a comfortable life in the state.

For one individual, an income of $34,500 or more will be sufficient. It is important to recognize that this is the minimum, and such an income does not take spending money into account.

For a larger family, an income of $97,500 or more will be enough for living expenses.

Compared to a majority of states, the cost of living in Nebraska is quite attractive.

Not only do you or your family get to explore a beautiful state, but you can live comfortably under $100,000, depending on your family size.

Our team at Nebraska Reality wants to help you find a place to call home. We have homes in a majority of cities in the state and have a diverse collection of houses to discover based on your budget range. Nebraska real estate has never been this easy!

To learn more about of the best real estate companies in Omaha, and how we can help you buy or sell homes in Nebraska, please contact our team today.